Hawaii: Paradise on its way to Hell

Posted on January 29, 2019 by OpenAirOutreach.com

I was blessed with an invitation to preach in Maui Hawaii with some local brethren who’ve been inspired by our ministry.

I half joked and said, “Hawaii is a rough mission field, but somebody has to do it.”

While Hawaii might be a paradise on the outside, it’s very different inside the hearts of the people.

Hawaii is full of drugs, alcohol, crime and every sin imaginable.

There is great need for bold Gospel preach on the Islands.

Hawaii is a paradise on its way to hell.

Our very first outreach on the Island was to the local Planned Parenthood abortion facility.

With our banners and voices lifted high, we rebuked this horrible sin.

“If the baby is not alive, why do you have to kill him before you remove him?”

“If they found a single living cell on Mars you’d say, ‘Look, there’s life on other planets!’ But you have a multi-cell baby living inside the womb and you say, ‘No life there!'”

Not surprisingly, someone called the Police.

Across the street was a grocery store and we even had women in that parking lot heckling us.

The real problem with abortion isn’t so much that Planned Parenthood supplies it, though that should be illegal, but that there is a huge demand for it in America!

The Police acknowledged our rights to be there and just as a courtesy I preached with my bare voice without the bullhorn, which isn’t a problem for me.

After we left Planned Parenthood we made our way to the local university to preach.

I had preached on this campus the previous year.

It does not have very much foot traffic but I’ve been able to draw a crowd every time I have gone there.

The previous year I was assaulted on this campus but I was happy that didn’t repeat itself this year. 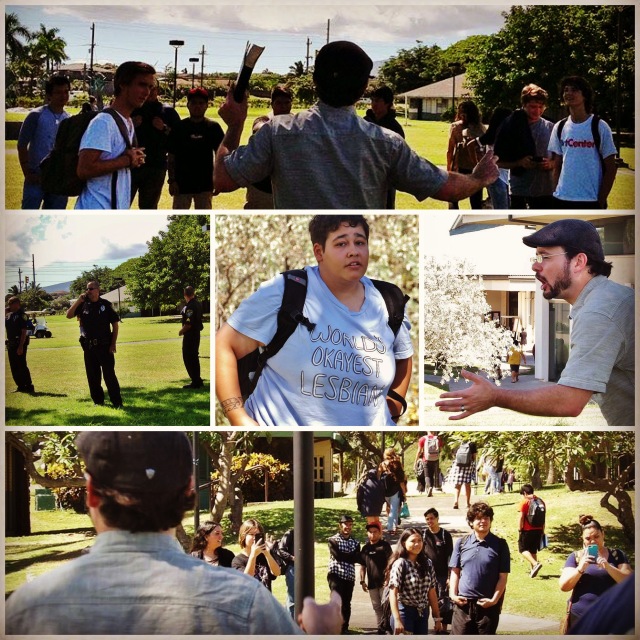 The City Police were once again called on us but at this point they knew who we were since we dealt with them outside of Planned Parenthood.

The Police showed up to see what was going on. They made some phone calls. Talked to some administrators. But they never did talk to us.

We just kept on preaching without any hinderance. 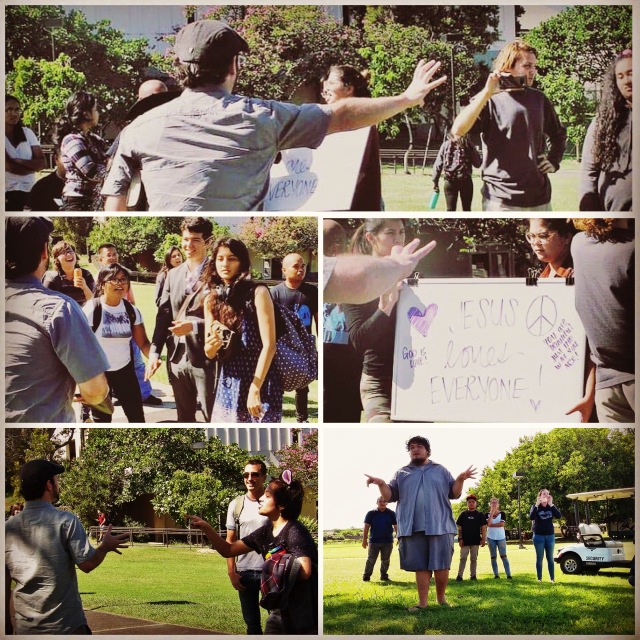 We preached on campus two days during this trip, a couple hours each time.

By the later afternoon the crowds would die down but during our interactions, they were pretty lively.

The overall atmosphere of “The Island” is “laid back” and “relaxed,” but when you start pointing out people’s sins and calling them to repentance, they can get pretty wiled up and the demons can start manifesting.

Universities today all across the country, from Alaska to Hawaii, from California to New York, are breeding grounds for every type of wickedness imaginable.

If we are going to win back America for God, we must go out and win the hearts and minds of the young people with the truth. 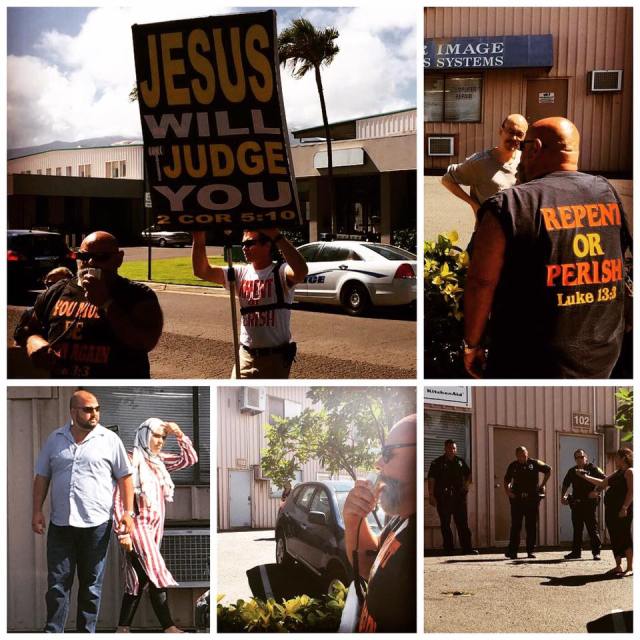 Islam is spreading across the world.

It has taken a strong root in Europe now with their liberal immigration policies.

But America is not too far behind. Even the small Island of Maui has a Mosque.

This simply provided us with another great location for street preaching!

With our banners and bullhorns, we preached the Gospel of Jesus Christ and called them out of their sins.

The poor city Police were once again called on us. They said, “Ok, so this will be just like what you guys did outside of Planned Parenthood.”

At this point the Police knew who we were, they knew how we operated, and they had no problems with us. Good police.

In the Gospels you will see that Jesus often preached on the shoreline.

Jesus even preached from a boat.

As disciples of Christ, we should do likewise!

Our host home has a wonderful boat that we took out for an outreach.

The previous year we did the same thing.

Along the coastline are many beach goers, surfers, etc.

There is even a “nude beach” that we preached to, but from far enough away that we couldn’t see anything. With the help of our bullhorn however, they surely heard us!

I joked, “I know that the people could hear us because they signaled to us with their middle fingers to let us know they heard us loud and clear!”

A local church was proudly flying the Rainbow Flag for all to see.

This was a signal that they were corrupt and compromised.

In fact, God often sent his prophets not only to “the gates of the city” but also to “the gate of the temple” to rebuke them for their sins and call them out of their corruption.

That is precisely what we did and it sure stirred up some demons.

Voices were screaming. Car horns were honking. Fingers were pointing.

Eventually the Police showed up…. we were getting very familiar with them at this point.

We told them that as Christians, we take this matter very personally. It’s a problem with the church that Christians need to deal with.

We told them how long we planned on being there and once again the Police left us alone.

The nightlife was a very active scene full of restaurants and bars.

Peopled roamed the streets drunk and on drugs.

As I was preaching one man started heckling me. A team member told me that same heckler kicked him between the legs during his last outreach. Ouch!

At that point I smelled the beer on his breath. With the Police nearby I rebuked him for drinking and driving. At that point he quickly got into his truck and left….

The Police came and talked to. They had been watching us for a while. I made sure when they showed up that we were very calm and that our volume was very low. They said so long as there are no altercations, we were totally fine to do what we were doing. They said they just want to keep things peaceful and I said so do we.

We flew from Maui to Oahu to team up with some other brethren for a day of street preaching.

Honolulu had a Hotel worker Union protest going on, which gave us yet another great place to do some open air preaching.

The Police on this Island were not very happy that we were preaching to the Union workers. We explained to them that our plan was to preach in various locations and once they heard that we were leaving the Union protest to preach on some other street corners, they were happy with that.

We set up on a busy street corner in Honolulu and preached for a bit.

Then we marched the whole downtown area with our banners, preaching on our bullhorn.

Then we set up on the same corner downtown were we started.

Once man started heckling me, saying things like “There is no proof of God.”

I believe he said he was a college professor, which wouldn’t surprise me.

I asked him, “Who wrote the genetic code?” This was a question he couldn’t answer. He stormed off. 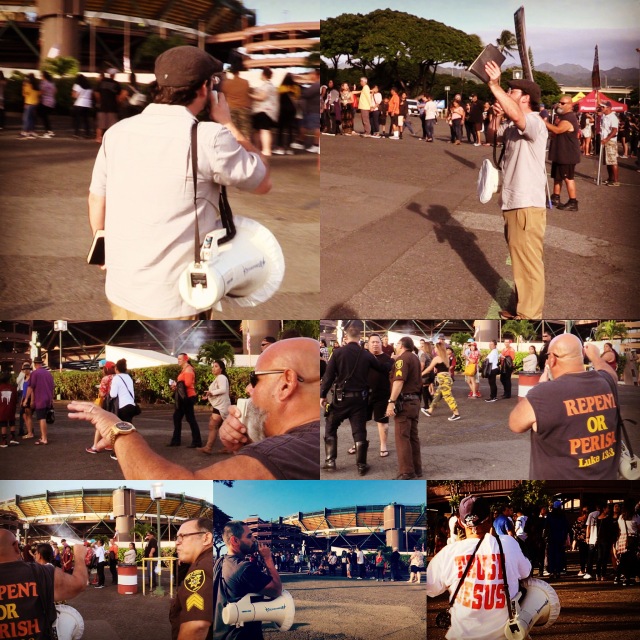 Our latest outreach on the Island of Oahu was outside of a big music concert.

Someone told me the name of the artist, who is very popular in Hawaii, but I was totally unfamiliar with the name.

Knowing the name of artist didn’t matter when dealing with lost souls – the problem remains the same. Their sins are separating them from God!

I preached about how the devil tries to distract men from the real issues of life.

Our culture is hooked on TV shows, Movies, Music, etc.

Entertainment can be a constant distraction from dealing with the real matter at hand – we are all going to die and stand before God in judgment.

We had a pretty large team of us outside the concert and so we all took turns preaching. 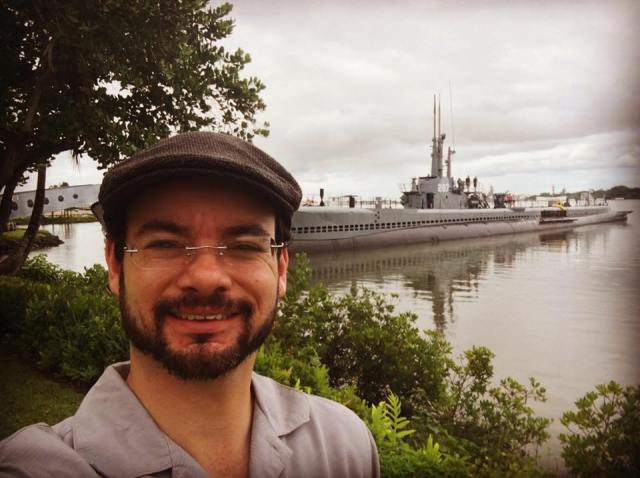 One highlight of our trip to Oahu was visiting Pearl Harbor.

Behind me inn the picture was a World War II Submarine.

I did film a quick Youtube video while at Pearl Harbor, which I haven’t edited and uploaded yet.

It was about how we all have Battles that we need to fight. The key is to keep fighting.

The Christian History of Hawaii 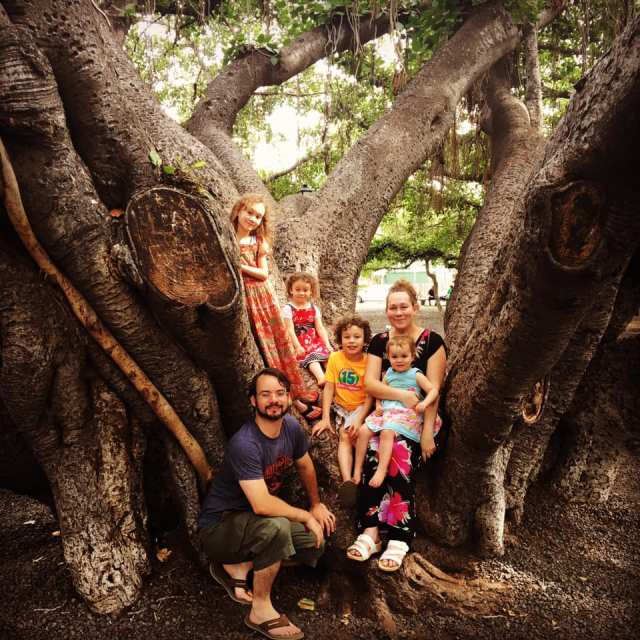 Downtown Lahaina on the Island of Maui has “The Baldwin Home” which was the house of medical missionaries to the Island.

The missionaries helped save the natives from a real epidemic and they gained the favor of the Royalty.

The king even planned some massive Banyan Trees to commemorate the missionaries.

Those Banyan Trees are now a popular destination downtown but few tourists even realize the history behind it.

I filmed a short film on the Christian History of Hawaii while at this locations. I’m working on getting those videos edited and online still.

Few people realize that Hawaii converted out of their tribal paganism to Christianity a long time ago and that it was Christians who taught the natives medicine, reading, writing, etc.

A critic left this comment on one of my Street Preaching videos so I gave him a quick response….

I figured, two can play at that game! 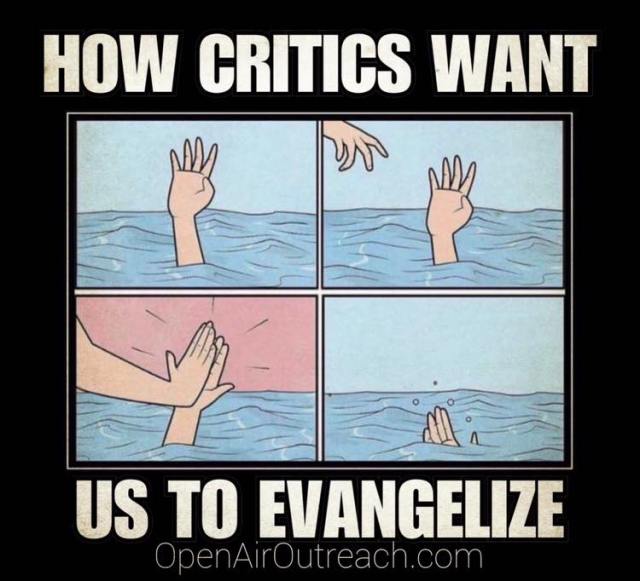 I know every newsletter has been packed full of testimonies for a while now.

The fruit just keeps on coming and coming if you keep your hand to the plow!

Thank you to all of our supporters who share in this labor!

(Make Checks out to “Jesse Morrell” to be personal gifts or out to “Crossroads Community Church” if you want a tax break).